New Relic was missing visibility into its sales activity. It struggled to coach its salespeople and drive predictable close rates successfully. Even though managers had the data in Salesforce, they didn’t have a convenient way to investigate deal health, set targets, or get a complete picture of what their reps were doing. 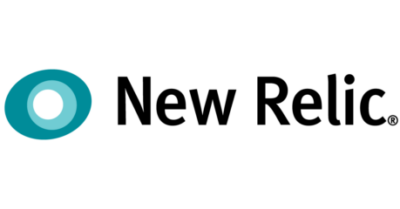 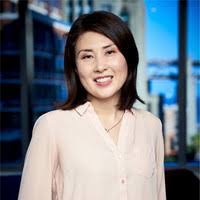 "Our frontline managers now know exactly what to say in coaching conversations."

Complete Visibility into What’s Working and What’s Not

One of the biggest challenges growing sales organizations face is ensuring that CRM data is accurate, up-to-date, and complete. Eighty percent of sales activity data is lost due to manual processes, and many automated solutions on the market fail to accurately capture all activity.

It’s impossible for sales leaders to make good decisions without complete CRM data. Bad data impacts performance management, pipeline predictability, and even team morale. Furthermore, without a complete picture of what reps are doing, managers struggle to give the right advice needed to help their reps succeed.

“There’s a lot going on right now. And as a leader, you have to know what’s in that pipeline and you can’t just take ‘trust me’ for an answer,” says Palmer, whose sales operations team previously tried to build out similar reports to what People.ai offers within Salesforce.

People.ai helps by automatically logging all of a salesperson’s activities and uses AI to match that activity to the correct account and opportunity in Salesforce. Freeing them from this administrative burden not only means more happy reps, but also leads to an improvement in data quality and decision making.

With People.ai, sales leadership and frontline managers know precisely how to have coaching conversations with reps based on leading indicators previously unavailable to them. Palmer likens this to GPS navigation. She’s found that while it’s simple to say that a rep has enough meetings but isn’t building enough pipeline, it can be difficult to diagnose what the actual source of the issue is. “Is it a sandbagging problem? A messaging problem? Are you meeting but not moving deals forward?,” says Palmer. “They need to know.”

With People.ai, New Relic’s managers can be more specific. Rather than just saying, “Build more pipeline,” they can tell salespeople whether the issue is their activity, messaging, meetings, or deal management. These leading indicators show what’s working and what’s not. People.ai even recommends specific areas to focus on, enabling managers to figure out next steps even faster.

Today, the most valuable coaching that happens at New Relic is based on leading indicators. Sales managers can now give feedback in near real-time—within days, not months after the end of the quarter. When managers intervene early, it increases sales productivity and ultimately drives more revenue.

The People.ai platform has made such an impression at New Relic that leaders often communicate using only screenshots from the dashboard. New Relic’s GVP often takes a snapshot of all the salespeople stack ranked in the dashboard and throws it up in front of them. He says, “Hey, if you’re not number one, what are you doing?”

Palmer has also begun getting calls from leaders in other sales regions who’ve seen the impact of this tool on pipeline generation and want in. “The reason I think the enterprise east team hit their target for building pipeline last quarter and why they’re at 100% capacity for salespeople—and by the way, I’ve never seen a team hit 100%—is because they now have their eye on the right targets,” says Palmer. People.ai is what delivered this.