Pluralsight’s mission is to create progress through technology and develop the skills of tomorrow. As a technology workforce development company, Pluralsight helps businesses and individuals benchmark expertise across roles, speed up release cycles, and build reliable, secure products. By partnering with People.ai, Pluralsight was able to diagnose and cure the cause of lower than expected pipeline generation and ARR growth by pinpointing needle-moving behaviors to accelerate rep productivity.

Faced with lower growth than they anticipated, the team at Pluralsight had plenty of questions around rep productivity but very few answers. While they could easily surface data on win rates, and pipeline coverage, the hardest question to answer: what behaviors lead to consistent, predictable revenue, remained a mystery.

Two fundamental issues stood in the way of Pluralsight’s growth targets: CRM data quality and inconsistent execution from their reps.

“Yes, Salesforce is our ‘single source of truth’ but when you’re reliant on humans to input data, you’re always going to end up with something that’s not just less than perfect but maybe biased or even directionally incorrect,” says Mitch Beck, Head of Digital Sales at Pluralsight. “The second is, as we’ve grown quickly and massively scaled our sales force, there’s been a decline in rep productivity. It was like we had no steering wheel and nothing to grab onto to drive where we wanted to go.”

Without confidence behind the data living in Salesforce and a growing number of reps without answers into best practices, Pluralsight suffered from longer than expected ramp times, lower than expected pipeline generation, and lower billings and ARR growth than “we thought was possible,” says Beck. 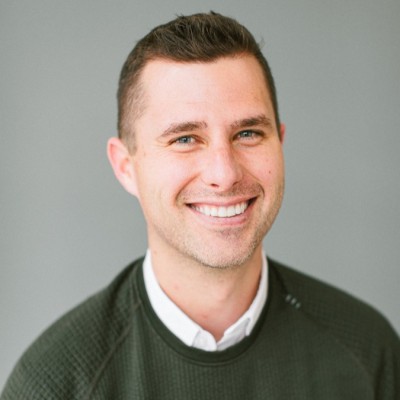 “With People.ai, you can actually see where people are spending their time, are they single-threaded or not, and what the quality of their interactions are. It’s one thing to diagnose, it’s another thing to cure.”

Although Beck’s team had plenty of hypotheses for why they were facing these challenges, what they lacked was concrete evidence—i.e. sales engagement data—to validate which ones were contributing to the decline in performance.

“It was just so unclear on our side: was it a capacity issue, do we not have enough ramped people in seats, are their territories too small? From the data we had, it was easy to gather what our win rate was or how much pipeline coverage we had but that was only giving us a ‘where’ and never the ‘why’ to enable us to take action and solve it,” says Beck.

In order to know what actions to take, Pluralsight needed the full picture of sales engagement without relying on manual entry from reps. That’s where People.ai’s data automation stepped in, automatically capturing business activity and contact data from reps and intelligently matching it to the associated Opportunity, Contact and Account records in Salesforce. Not only did this free reps from having to manually enter that information but removed any doubt on the validity of data flowing into Salesforce.

“When we first engaged with People.ai, it was like there was finally this light. You’re showing me a future state where we can get unbiased, impartial, and directional data into our systems and solve the most important issues facing our company,” says Beck.

Now that real sales engagement data was flowing into Salesforce, Beck’s team could test their theories on account coverage, productivity, and buyer engagement. Some of the key insights they discovered:

“Those insights made it readily apparent why we were seeing year over year decline in an area of the business but what’s even better is that those things are actionable,” says Beck.

Not only did Becks’ team use this data to make structural changes to their GTM strategy, but they transformed coaching sessions and rep leaderboards, with answers around customer engagement, rep productivity, and sphere of influence data that had been missing. Providing reps with prescriptive recommendations and the framework for Pluralsight’s managers and VP to develop a data-driven sales culture.

“We have this ability now to create leaderboards and provide coaching insights that actually move the needle,” says Beck. “We can now take action on these findings instead of crossing our fingers and hoping that reps will change behaviors they’ve been previously engaged in for years and years,” says Beck.

The key to developing a data-driven sales org? “People in sales are accepting of success because it’s very, very public. If you can create a pathway where you can say to them: this person did this to get this impact, people are actually really hungry to get their hands on that type of stuff,” says Beck.

One example: the team projects that reps shifting two-thirds of time spent on Tier C accounts to Tier A or B, will net $3.4M in billings. Or if reps shifted 10 percent of their time to larger deals, the end result would net $1.7M.

“None of these things were earth shattering concepts but I think having the data behind them makes a big difference,” says Beck. “Cracking open the door and creating a vision for what the future could look like combined with the materials to make it easy to manage that—all that accelerated the adoption of People.ai for us.”

Looking ahead, Pluralsight aims to operationalize the data and insights provided by People.ai to support a number of initiatives including reducing top of funnel spend, increasing pipeline and new logo acquisition, and increasing AE participation while driving down ramp time.

From re-engaging historical contacts to creating leading indicators based on “what good looks like”, Beck and the team at Pluralsight finally have the long sought-after answers they need to build a team of sellers who consistently deliver.