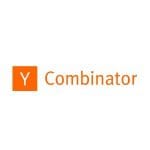 last August I’m often asked about my experience – particularly by other founders. Was it valuable? What did we get out of it? What did we learn? There’s a perception in some corners of the Valley that Y Combinator is like an elite Ivy League institution whose main benefit has less to do with education, and more to do with networking. Y Combinator, it is said, is all about introducing you to the “right” people and photoshopping off your blemishes like a cover model so that you look attractive to potential investors on demo day.

Having gone through the process, I can tell you that that’s not what YC is about. Y Combinator is about understanding the metrics you need to hit to grow and thrive, how to be laser-focused on your company’s goals and lots and lots of hard work. I tried to explain this to those who asked, but I’m not sure I quite covered it.

So, in an attempt to quantify what we experienced, I charted the hours worked by myself and my fellow batchmates in YC S16 during both the lead-up to our time in Y Combinator and the three months that we spent in the batch (June – August 2016). In order to calculate the hours I used People.ai’s AI engine.

The People.ai engine automatically collects data on emails sent and received and time spent in meetings and sales calls to present an accurate picture of how teams are spending their time in a single dashboard, as seen below. Different colors correspond to various categories of sales activities as seen here:

Here are the results I got when I ran the numbers for myself (the first graph) and some of my fellow batchmmates: 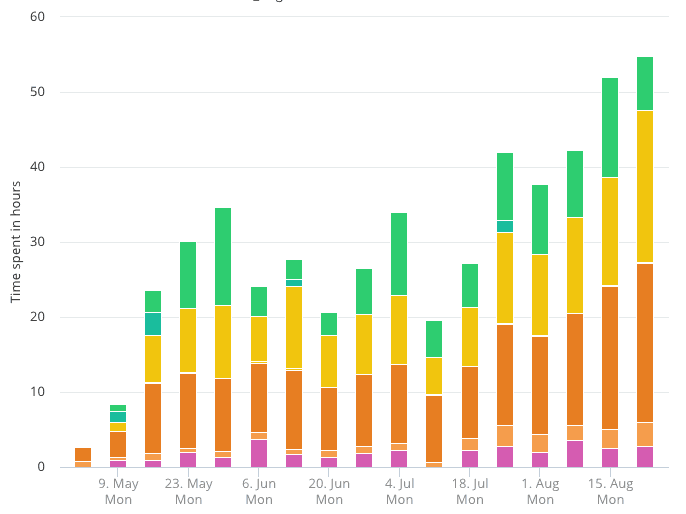 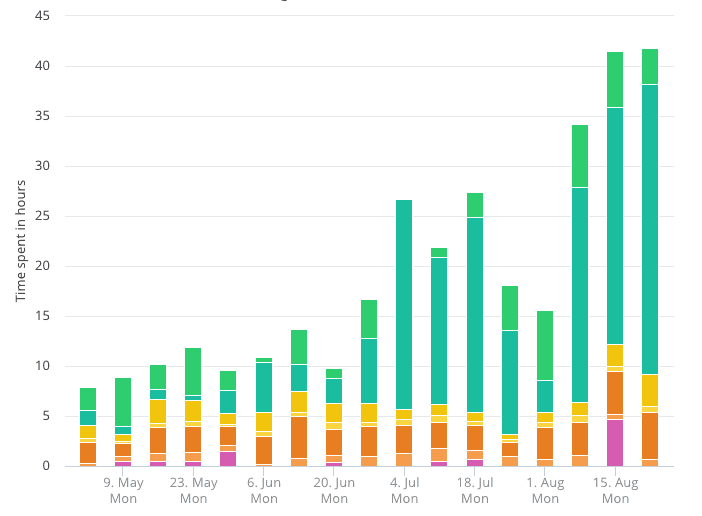 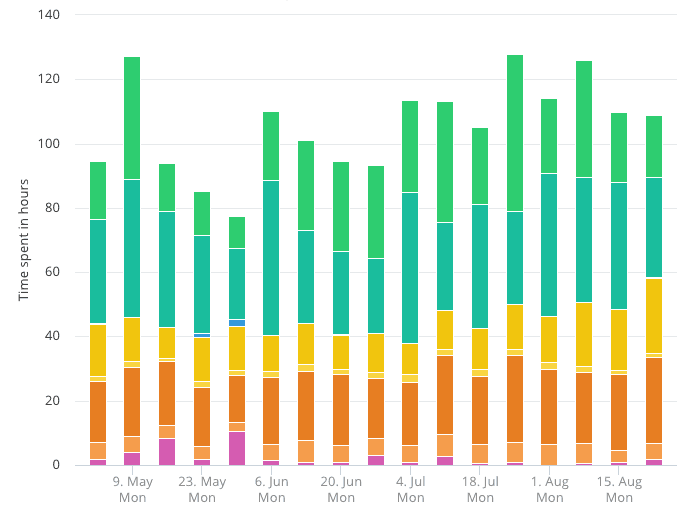 A few points stand out to me:

There’s a reason that acceptance into YC includes a demand that founding teams move to Silicon Valley for the duration of the batch. Participating in Y Combinator requires you to put all other distractions aside and focus on just two things: developing your product and delivering growth. As a YC founder you gain a certain drive to get results and hit the challenging targets set by your mentors and batchmates.

The reason that Y Combinator alumni like Airbnb and Docker are so successful isn’t because YC teaches you Jedi mind tricks or because it gives you access to an elite network. It’s simply a result of the age-old equation: smart people + focus = good things. YC can’t make you smart, but it can, and does, teach you to focus solely on the metrics that are going to make you successful as an organization.

So there you have it. At the risk of sounding cliche, there is simply no alternative to hard work, sweat and tears. While we received myriad benefits from attending Y Combinator, by far the most important was the batch’s effect on our team. At Y Combinator you learn how to get shit done.

As our group partner, Michael Seibel, would say – boom! that’s it, the “secret” of Y Combinator’s success and what you get from participating in the batch.

Want to find out how People.ai can help level up your sales team? Get a demo, or read our blog to see what else we’re working on!