How ThoughtSpot Increased Campaign ROI for all ABM Activities

ThoughtSpot’s mission is to create a more fact-driven world by empowering anyone to ask questions and get answers from data through the power of search. ThoughtSpot has helped pave the way for employees at every level to access and act on data-driven insights, including global brands like Hulu, Walmart, and Medtronic. By partnering with People.ai, ThoughtSpot improved the accuracy of their campaign attribution and contact coverage while expanding their visibility into the larger buying group.

Without a clear picture of who reps were meeting with and what activities were happening, ThoughtSpot faced a familiar marketing challenge: accurate attribution. As a fast-growing business, it wasn’t easy to know who was driving pipeline and accurately identify which campaigns helped drive it. Additionally, missing Opportunity Contact Roles (OCRs) made pinpointing the right influencers at the right time challenging. 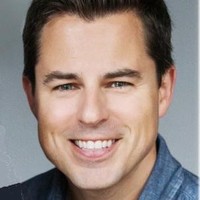 “I can attest that People.ai data has become MORE valuable to our sales team in this climate. Activities are a leading indicator to pipe and we can’t get enough leading indicators right now.”

The Challenge of Focus

The benefit – and burden – of being in the analytics space? “You’re able to sell to everyone in every department, industry, and size company, which ultimately makes it hard to focus,” says Scott Holden, Chief Marketing Officer.

The ability to know how to deliver the right message to the right people proved challenging as their typical buying group included both analytics and business teams, which required reps to thread the use cases between them to keep deals moving ahead.

“The analytics space has been around for a long time, so you’re not going to see a lot of greenfield approaches to selling. Every company has at least one tool, if not multiple, which means you need to focus on value,” says Kaushik Patel, SVP, Business Operations.

As ThoughtSpot’s business matured, the responsibility of pipeline generation shifted from being predominantly sourced by marketing to a shared responsibility with sales. Yet with limited visibility into the activities reps were spending their time on and the buyers they were engaging, Patel’s team didn’t have the activity data they needed to plan campaign targeting strategies to help influence deals.

“Traditional attribution is tricky,” says Patel. “A lot of companies do it at the account level, but here at ThoughtSpot, we’re often selling into very large enterprises. Not everyone would even know if some other department had implemented ThoughtSpot, so taking an account-centric attribution approach wouldn’t work for us. Getting an accurate view on who was driving pipeline and which programs were helping drive that wasn’t as clear as we needed before People.ai,” says Patel.

When reps did add engaged contacts, the average number sat at only 1-1.5 per record. Given the time an enterprise sales cycle can stretch, this missing contact data was a gap for Patel’s team when it came to know who had entered the deal and at what stage. “You’d get, ‘I’m working it,’ but otherwise, you were in the blind for a long time,” says Patel. “The problem too was that activity data had input on forecasting. So now, when someone puts something in the commit state, there’s an immediate question of, ‘well, what’s the actual confidence’? Then we’re left with going on what the rep said rather than any data backing it up,” says Patel.

Once People.ai was implemented, Patel’s team had more details around activities, time spent, and personas engaged than what was historically in Salesforce. Not only did the average number of contact roles increase 4x, but ThoughtSpot was able to triple their contact database with sales engaged personas in just six months.

“This had a huge impact on attribution, and there was no argument from the reps that this was an accurate picture of who influenced the deal and the people actively involved in the opportunity,” says Patel. “We do a lot of quarterly reporting, so we’ll plug these data points into a report on how much marketing influenced the pipeline throughout the quarter or closed-won analysis,” says Patel.

With People.ai, ThoughtSpot had more insight into how marketing was accelerating opportunities already in flight. In one example, ThoughtSpot saw that ten marketing touches had occurred within the 25 contacts captured and added by People.ai. Without the ability to capture and match contacts to the corresponding opportunity, Patel’s team would have no way of knowing those targeted people were actively influencing the opportunity. “Accurate attribution is such a tricky topic. We can’t be peanut buttering the entire number of hand-raisers; we need to be going after the people that are making the difference,” says Patel.

With ThoughtSpot’s attribution model enhanced by activity data from People.ai, Patel and the team can turn the details around campaigns and sales stages into a refined strategy that helps pinpoint the right campaigns at the right time that accelerate sales cycles and drive higher win rates.

An added benefit of the People.ai platform is the lack of manual data entry required by the reps.
Since People.ai automatically plugs into the calendars and emails of reps, ThoughtSpot could quickly gain insights around where reps were spending their time and who they were spending it with without the additional task of manual data entry. “No other platform can deliver on the matching and business activity tracking. If you’re trying to run a tight org, these two things are key sellers,” says Patel.

As ThoughtSpot looks to expand into the Mid-Market, not only are they anticipating that the number of deals will drastically increase compared to their large enterprise ones, but also the difficulty of measuring whether or not sellers are following best practices or sales processes.

ThoughtSpot plans to use People.ai to bridge the gap between activities, contacts, and processes with the addition of auto-generated SmartMaps (i.e., relationship maps) that display the entire buying group plus embedded deal scorecards and playbooks that ensure sales rigor and deal visibility.

ThoughtSpot is also working with the People.ai team to identify additional data points to supplement internal team pinboards. While People.ai is currently populating meeting aggregation data into these pinboards, there are open opportunities to include other data points that answer some of the more commonly asked questions of their sales leaders.